Drea, shortly before she unwillingly rode off into the sunset on her dog, Spot, circa 1985

Drea and her father building a greenhouse, April 2000

Drea Damara was born and raised on a farm in North Central Illinois. She spent her youth working in the fields, taking care of the family's livestock, and going on adventures in the woods with her three sisters. With a family of seven (including Drea's parents and her invalid grandmother) in an old farmhouse with no air conditioning, one bathroom (and an outhouse), and one television, Drea spent much of her youth outdoors.

Her grandmother, whom she called Busia, had been paralyzed from a stroke years prior.  Drea made it a point each day to perform some antic to make her laugh and brighten her day. One of her fondest memories to this day is of the times she would get in trouble from her parents - her Busia would knock on the adjoining wall to their bedrooms to cheer her up and let her know she still thought she was a good kid.

Drea grew up listening to her father play records from his collection:  Johnny Cash, Marty Robbins, Johnny Horton, and Rock n' Roll of the 1950s-1960s. He had a love of poetry and

introduced her to classic poetry. She began to write her own at the age of twelve and saw her first poem published in a magazine when she was sixteen.

Living on a farm, there was always work to do.  Drea and her sisters fed cattle daily, mended fences, built fences, banded calves, cut, raked, and bailed hay, raised and butchered chickens and rabbits, tended ducks and geese, built greenhouses and sheds, and helped their parents run a produce business, selling fruits and vegetables to farm markets and stores across the Illinois Valley.

While she was in the Middle East, Drea's other grandmother passed away who used to tease her that she was her "best friend". Drea's sister called her while she was in Iraq and told her that their grandmother would likely pass in the next day or two, but she could still understand some things when they spoke to her. Unable to make it home in time during the flight lock down during the Arab Spring, Drea asked her sister to relay a message to their grandmother - "Thanks for being my best friend."  A month after Drea returned home, her favorite aunt passed away and then her mother was diagnosed with cancer.  She decided war could go on without her and looked for local work to remain close to her family, but no one would hire her.

"I don't know if people thought I was over-qualified or under-qualified, but I couldn't even get a job waitressing.  I had a bachelor's degree, was almost finished with my master's degree, knew a few languages, and had all of this training from the Army, but couldn't find a way to pay my bills."

Finally, Drea found work as a 911 dispatcher and used her days off to seriously pursue her writing.  "I'd spent the last decade trying to protect the world. I decided there was nothing wrong with trying a different approach - spreading love, laughter, and escape through my stories." She was signed by BHC Press who released Chasing Vengeance, an espionage novel infused with elements of her life in the intelligence field. ​

Drea's grandmother spoke Polish and gave her a love for foreign languages.  When she enrolled in college she studied German, French, Spanish, and Russian, hoping to one day be a book translator, as she loved to read.

When she was in an English composition class in college, she wrote her final essay about the inspiring lesson of her Busia's outlook on life, in spite of her battles with cancer.  Her professor kept her after the last day of class and told her that no matter what she did in life, she needed to continue writing - that she was born to be a writer.  It was after that discussion, that Drea began to write fiction stories in her spare time.

After she graduated college, she enlisted in the US Army and insisted that whatever job they assigned her, she be allowed to learn a foreign language. "If I was going to be asked to fight someone from another country some day, I thought the least I could do was to learn their language.  Wars are often started and ended with words - we have to learn to speak to each other." 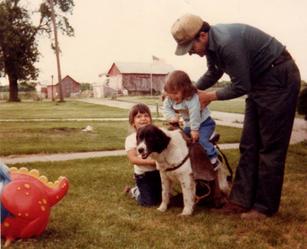 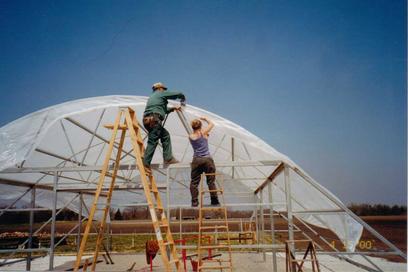 Drea met an old friend, Brian, whom she knew before she had joined the Army some fifteen years prior.  They gave birth to a little girl in 2017, making that two daughters for Brian.  They live in the country, enjoying the peace and quiet and watching their children grow, where she lives by a phrase her father used to say, "You have to laugh. If you don't laugh, you'll cry." 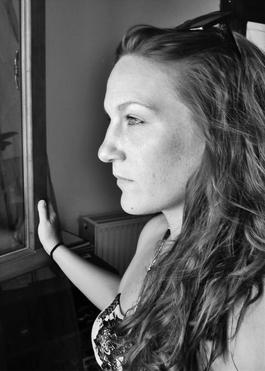 Drea was assigned to become an Arabic linguist in the US Army.  After the Abu Ghraib abuse scandal, her Arabic class was called into an auditorium and asked for volunteers to switch from the linguist occupational specialty to the interrogator specialty.  Out of several hundred students, only Drea and one other soldier raised their hands.  She was then sent to interrogator school and assigned to a military intelligence battalion who deployed to Iraq.  After her deployment, she requested to be reassigned to Africa, but the Army said they had no slots for military intelligence there.  She completed her enlistment and took government contracting jobs in the Middle East for several years before returning home to Illinois.  All the while, she developed stories in her head and on paper to entertain herself.