Does revenge have an expiration date?

Broken hearted and bullet-ridden, agent Caria Milosc returns to work after the attack that nearly toppled the Trinity intelligence organization. As she digs deeper into her new mission, she uncovers secrets about her boss, leaving her with a moral dilemma—show mercy or taste revenge.

How long can one man cheat fate?

After a favor that nearly cost him his life, mercenary Ivan Skavinsk reunites with an underworld group he had infiltrated. Deep in the jungles of Bolivia he finds he may have pushed his vigilantism to the brink.

A gritty story of modern espionage and the complexities of the human spirit.

"What do you do when life gives you lemons?

Beat the shit out of them and send them back to life in a body bag."

No Death for the Wicked 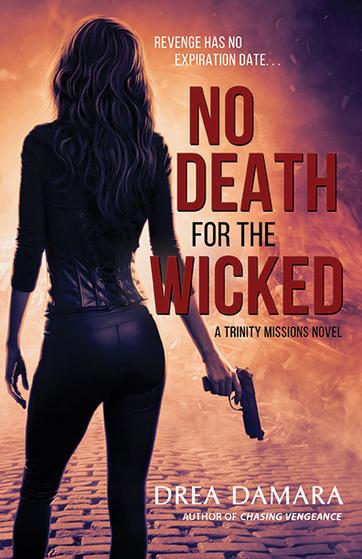 Another fast paced read, secrets also come out and maybe a hint of another love for Caria. An intriguing read where the female lead was not swayed by emotions and her capability was amazing.